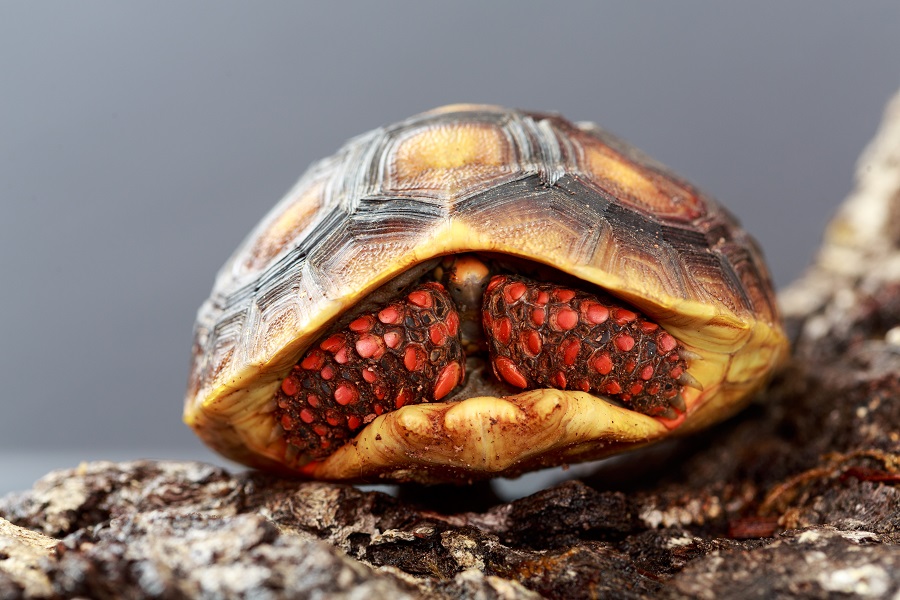 When you hear the word “pet,” what kinds of animals immediately come to mind? It’s possible that thoughts of dogs, cats, parrots, bunnies, or fish crossed your mind first.

But were you aware that tortoises may make wonderful companion animals? This guide will give you a new viewpoint, especially if you’ve never given that thought before.

Tortoises are reptiles that are known for being calm, beautiful, hardy, and simple to care for. In addition, they are not known to shed their fur and are not very large. In addition, because of their lengthy lives, they make wonderful pets that can be kept for a lifetime.

However, not all types of tortoises are suitable for keeping as pets, despite how wonderful they are. The following is a list of the most appropriate breeds.

One of the most well-liked options in the United States is the Russian tortoise because of its tiny size, low cost, ease of care, stunning appearance, and ability to form strong attachments to its owners quickly.

The living space for the cold-blooded reptile must be 8 square feet and secure. Reason? Because it burrows, it has the ability to tunnel its way out of the container. They dig in order to get away from excessive heat and temperatures as well as while they are hibernating.

In addition, the housing for the Russian tortoise needs to provide a basking area that is heated to 95 degrees Fahrenheit, a UVB light, a shallow water dish, and a room temperature that should never fall below 75 degrees.

The name of this species of tortoise gives away the fact that its shell is domed, just like a turtle’s. In addition, while other species of tortoise rely on their shells to protect them from potential danger, this breed uses its mobility and speed to outrun potential threats. The pancake tortoise is an excellent runner and is considered to be the fastest species of tortoise. This may sound ridiculous, but it’s a fact.

That’s not the end of it. Additionally, it is an excellent climber. In the wild, the species can typically be found higher in the mountains. They navigate their way around and up the rocky surfaces in this area in order to avoid being eaten by predators.

To properly house a pancake tortoise, you will need an aquarium with a capacity of at least 40 gallons, high sides, and a screen lid. A basking spot, humidity between 60 and 75 percent, a temperature gradient between 70 and 75 degrees Fahrenheit, and UVB light should also be included.

The red-footed tortoise is distinguished by its brightly colored legs and feet, and even its head and tail on occasion. This species rarely exceeds 14 inches in length and is known for its inquisitive disposition. It is the ideal pet tortoise for those who are just starting out.

Their enclosure ought to be at least 50 square feet in size, perpetually illuminated by UVB light, and maintained at temperatures of 80 degrees Fahrenheit. The ideal range for the humidity is between 70 and 80 percent.

The majority of the reptile’s diet consists of various types of leafy greens, but they also eat the occasional insect, small rat, mouse, or chick.

The Hermann is recognized for its outstanding temperament, which includes traits like as being submissive and sensitive. They are also well-known for the adorable personalities they possess and the one-of-a-kind patterns found on their shells. In addition to this, the very tip of their tails is adorned with a singular claw that resembles a horn.

The Hermann tortoise may thrive in environments that are either indoors or outdoors in its cages. They are a lively species that takes great pleasure in scaling vertical surfaces. As a result of this, it is recommended that owners provide their pets with high-wall housing that includes hideouts, non-toxic plants, large boulders, and other decorations in the enclosure to keep them stimulated.

It requires temperatures between 70 and 85 degrees Fahrenheit, and it must have a basking place that is between 90 and 95 degrees. In addition to this, there should be a UVB light that is on for the full 12 hours to simulate day and night for the animal.

The majority of their diet consists of leafy greens, but they won’t turn their noses up at fruits.

The Indian star tortoise makes an absolutely gorgeous companion animal. It was given this name because of the markings on its shell that resemble stars. It has become the most costly turtle due to the strong demand for its distinctive markings and limited supply.

Additionally, it is against the law to remove them from their country of origin, both India and Sri Lanka. If you find yourself in a position where you have to buy one, it is imperative that you do so from a reputable breeder who raises animals in captivity.

They are able to live either indoors or outdoors, similar to the Herman tortoise. The minimum enclosure size required for one pet tortoise is 36 square feet, however they are quite content to coexist in the same place as other tortoises. The temperature should be kept between 70 and 85 degrees, with a basking spot maintained between 90 and 95 degrees.

The Sahara Desert is home to one of the world’s largest tortoise species, which can be found there. A full-grown individual can grow to be at least 30 inches long and weigh more than 100 pounds!

This large, sweet-tempered lizard is not only sociable and intelligent, but also enjoys interacting with people. As a result, it makes a great first pet. They do indeed appreciate being petted.

However, owners who have a little amount of outside area should consider not getting this breed. At a minimum, its confinement space should be 80 square feet. Due to the species’ preference for digging and burrowing, the area in question ought to contain substrates.

The animal is resilient and can survive in temperatures ranging from 70 to 100 degrees Fahrenheit. However, if the temperature drops below seventy degrees, it is best to give the animal with some kind of heating source.

The leopard tortoise has the distinction of being the fourth largest of all tortoises. However, despite its size, the animal is timid and, anytime there is potential for harm or disruption, it prefers to hide in its impermeable shell.

Also, were you aware that it is capable of running away when it is startled? The burst of speed is quite quick for such a slow-moving animal, even though it cannot compete with the speed of a leopard.

Its forelegs are formed like a club, and its hind legs are fashioned like a truck. Its pigeon-toed feet are located on its front legs. Although they are useful for getting around in rocky terrain, they are unable to dig.

In addition, members of this species are able to swim since they do not possess a nuchal shield. Because they lack a protecting scute on their neck like other species of tortoise do, they are able to freely elevate their head while they are submerged in water.

The animal is plant-based in its diet, taking in things like grass, succulents, fungus, flowers, and fruits.

If you are thinking of using house number one, the enclosure needs to be at least 80 square feet in size and maintained at temperatures between 80 and 90 degrees Fahrenheit. This species does not fare well in environments with high levels of moisture.

Because this species is in risk of extinction, obtaining one of them may be challenging and expensive. In the event that you do find one, however, it is imperative that you purchase it from a reputable breeder or a dealer located within your state.

If you are purchasing it from a foreign country, you must have the appropriate documents and shipping records with you or you run the risk of having the tortoise confiscated and being sentenced to jail.

The adult size of a Kleinmann’s tortoise is 105 grams, making it one of the smallest species of tortoises. It is a better choice as an indoor pet, particularly for owners who have a restricted amount of room. It simply requires an enclosure that is 4 square feet in size.

In addition to that, it must have temperatures ranging from 75 to 85 degrees Fahrenheit on average, as well as UVA basking light, UVB light, and humidity ranging from 20 to 30 percent.

The typical length of their lives is seventy years.

The marginated tortoise is the largest breed of turtle in Europe and was first found in Greece. It enjoys being in the sun and spending time outside. Their cage ought to be at least 16 square feet in size, have a basking spot, be illuminated by UVB light, have temperatures of 80 degrees Fahrenheit, and have humidity levels ranging from 50 to 70 percent.

In addition to that, these animals are able to climb and dig. For this reason, you should make sure that the walls of the enclosure are sunk at a depth of at least six feet below the surface. In addition, their height should be between 12 and 18 inches.

The marginated tortoise is a tough animal that is able to live in hostile settings. And with a lifespan anywhere between 100 and 140 years, there is a good probability that it will outlive you.

A well-liked companion animal, the Greek tortoise is also recognized by the name spur-thighed Mediterranean tortoise. It bears spurs on the sides of its tail, and the color patterns on its domed shell range from yellowish-gold to dark black. The animal lives for an average of 50 years, yet it is only 10 inches long at its full maturity.

These affable pets are simple to care for and will eat a variety of veggies, including leafy greens, carrots, and broccoli, among others.