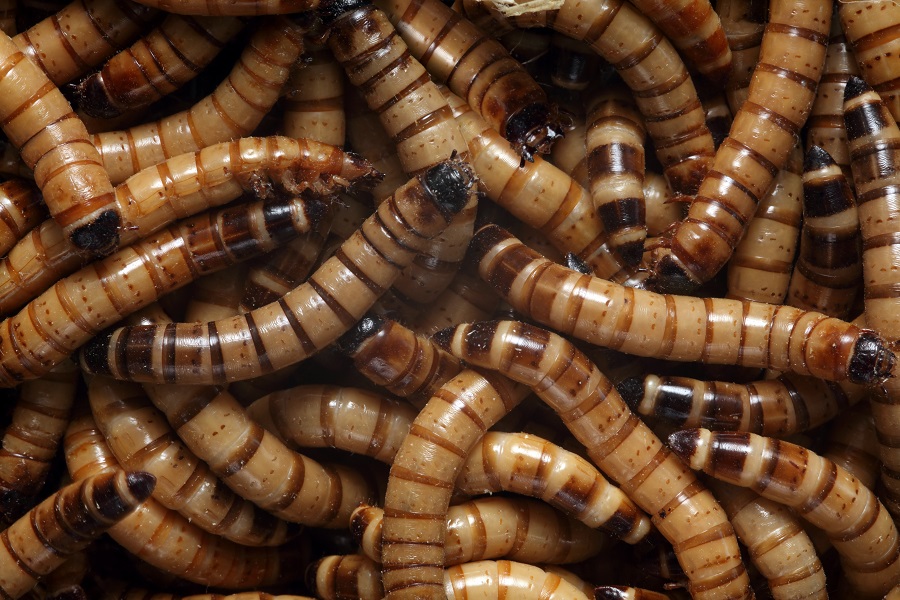 Our reptiles and amphibians that we keep as pets benefit tremendously from the addition of superworms to their diets because these worms are rich in calcium, fat, and fiber. They can be fed as much as 2 – 3 times per week depending on the size of your pet.

In this article we will talk about:

The larvae of a darkling beetle called Zophobas morio produce superworms, which are similar to mealworms. The term “superworms” should not be confused with “giant mealworms,” which are simply mealworms that have been sprayed with a juvenile hormone. Superworms, on the other hand, are an excellent source of calcium, fat, and fiber. In comparison to mealworms, superworms produce a far greater quantity of chitin, chitinase, and chitosan than mealworms do. This is primarily because of the strong chitin that superworms possess. It is important to ensure that your pet is able to chew through this relatively thick chitin before purchasing it for them, since it may make eating more difficult for them. When it comes to nutrition, chitin is what makes the most significant impact, thus here is an analysis of our superworms.

Superworms, unlike mealworms, have the ability to bite, and they have a little pin on their backs that they can utilize for biting, similar to a scorpion. Because of this, you should exercise caution while giving superworms to younger animals.

The fact that superworms are far more active than mealworms is one of the reasons why some people like them; this is especially true if your pet enjoys hunting or is particular about the food it eats. The fact that many animals that feed on insects are drawn to motion makes superworms an appealing option for these predators. Additionally, superworms remain in the pupae stage for a longer period of time than mealworms do; superworms remain in this stage for up to three months, but mealworms only remain in this stage for a few weeks. Superworms, on the other hand, do not go into a state of hibernation when exposed to freezing temperatures like mealworms do, hence it is impossible to keep them alive in a refrigerator.

A large plastic container that has air holes cut into the lid can be used to store a bulk order of one thousand superworms. It is recommended that you cover the superworms with a thick layer of wheat middling, oatmeal, or superworm bedding in order to give both a place for them to sleep and food for them.

It’s not too difficult to care for superworms; all you have to do is make sure you keep them at room temperature. Layer the top with potato slices, which will act as a reservoir for the water.

We also recommend feeding your superworms with worm bran bedding. These are the brands that we have tested so far and yielded promising results.

If you intend to breed superworms, you should separate the larger, fatter, and better-fed worms and place them in film canisters or a tackle box with a bit of bran as bedding. This will allow you to coerce the worms into entering the pupal stage and increase your chances of success. They have reached the beginning stages of pupation when they begin to curl up. If that hadn’t happened, they might have passed away.

They spend roughly three months developing into beetles before emerging from the pupae stage as adult beetles. Because beetles and their larvae are capable of eating one another, you must keep them separate. There may be hundreds of eggs laid by each beetle.