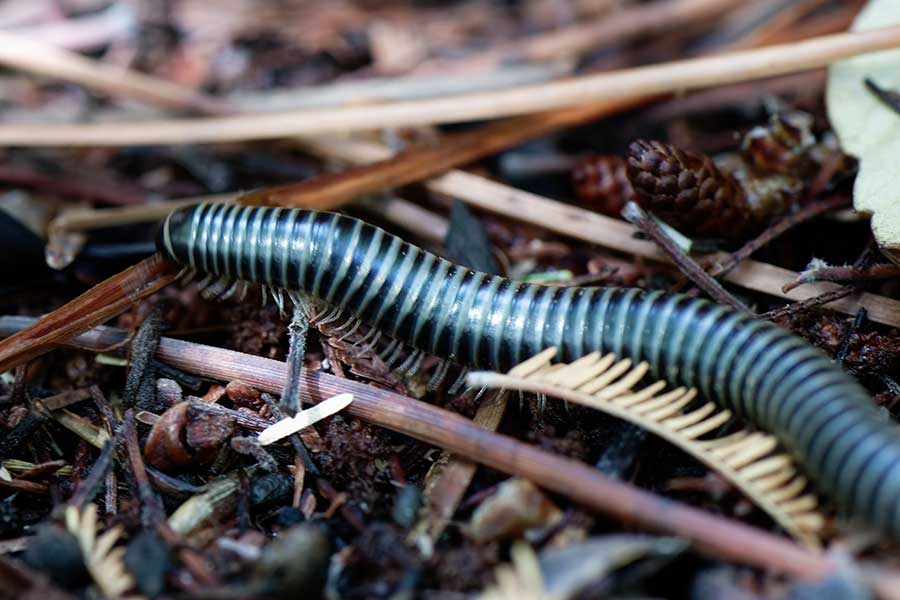 Millipedes, centipedes, pauropods, and symphylans are all members of the Myriapoda order of arthropods, which is also known as the Myriapoda. There are approximately 15,000 different species of myriapods still around today. Myriads is the plural form of the Greek word myriads, which means “a great number,” and photos is the Greek word for “foot.” Myriapods are known for having a large number of legs, although the exact number can vary greatly from species to species. There are some species that have fewer than a dozen legs, while there are other species that have many hundreds of legs. The current record for the most myriapod legs on a single organism belongs to the millipede known as the Illacme pipes, which lives in central California. This species has 750 legs, which is the most of any myriapod that has ever been discovered.

The hobby of keeping millipedes and centipedes as pets is an interesting and unique one. Both are fascinating to look at and watch because of the unique ways they behave. However, a millipede and a centipede are very different from one another in a number of significant ways.

When starting out with arthropods as pets, a millipede is an excellent choice. Even infants and children can use it safely with adult supervision. The African Giant Millipede, which can reach a length of up to 10 inches when fully grown, is a popular species of millipede that can be purchased as a pet. Other types of pets can be captured from their natural habitats. On the other hand, if you obtain a specimen that has a vivid coloration, they may secrete hydrogen cyanide, which, when it comes into contact with sensitive skin, can cause a burning sensation.

On the other hand, only experienced keepers should attempt to care for a centipede. Humans, and particularly children, should exercise caution around centipedes because of their venomous bites. Centipedes are not like the majority of other invertebrates that are kept as pets in captivity. They should be housed in an enclosure that is as secure as that used for venomous snakes. Centipedes are fascinating creatures that can keep people captivated for hours, but only after they have been properly housed in a secure enclosure and after some experience has been gained in caring for them and managing their day-to-day needs.

The taxonomic classification of centipedes and millipedes as myriapods falls under the phylum Anthropoda. This is the most common classification. These arthropods are invertebrates like insects, but they have a significantly larger number of legs than insects do. Although there are only 6 different pairs of legs on insects, the number of legs on myriapods can vary greatly depending on the species. The word “millipede” refers to the creature’s 10,000 legs, while the word “centipede” refers to its 100 legs. There are a few that have significantly more than 100, but none of them have 10,000. While the majority do not have nearly as many as 100, there are a few that have significantly more than that.

Myriapods are wonderful pets to have if you are looking for something unique and interesting to keep as a companion animal. You will gain a better understanding of these types of pets after reading the information regarding the housing, foods, and care requirements. Proceed to educate yourself about the habits and requirements of your specific pet using this information. Find out what kind of pet you will be getting so that you are prepared for it and know what to do with it. This will ensure that you have the most fun possible while also extending the life and maintaining the health of your pet.

Invertebrates known as millipedes are classified under the phylum Diplopoda. Millipedes live on land. There are approximately 10,000 different species in this group. The bodies of millipedes are segmented, and each segment contains two pairs of legs. On the other hand, the first segment behind the head does not have any legs, and the segments that follow have only a single pair of legs on each of them. After that, however, there are two separate sets of legs in each segment.

The body of a millipede is more cylindrical rather than flattened like that of a centipede, which is the primary distinguishing feature between the two. In addition, centipedes only have a single pair of legs attached to the sides of each body segment, whereas millipedes typically have two legs per segment, and these legs are attached near the ventral midline of the body.

The majority of these detritivores are slow-moving creatures that feed on decaying leaves and other forms of plant matter that has died. They can grow to a length of up to ten inches, and as they do so, they shed their skin. Their lengths range from about two to ten inches. Some can get quite large, reaching lengths of up to one foot. They have a long lifespan, are resilient, and can also tolerate some degree of human interaction.

There are many kinds of Centipedes, but they are all rather flattened worm-like animals. Their bodies are divided into segments. The first segment is a head with a pair of antennae and the rest of the segments each have a pair of legs attached. Most centipedes are between 1.5 to 2″ (4 – 5 cm) in length with about 15 pairs of legs. But their sizes do range from 0.8″ to 12″ (2 – 30 cm) and they can have from 15 to 191 pairs of legs. The largest centipede is Scolopendra gigantca (12″) from the tropics of Central America.

They are among the arthropod pets that are the least difficult to care for. Many different species are capable of reaching very large sizes, and they can even be kept together in communities. They are gentle, nocturnal invertebrates that live for a very long time, are resilient, and are simple to care for. They aren’t able to harm their owners in any way, making them ideal candidates for the role of pets.

In terms of handling, the majority are perfectly safe, but some species, particularly those with brighter colors, can exude hydrogen cyanide. This is a toxic chemical that can make skin that is already sensitive feel as if it is on fire. You should always use soap and water to clean your hands before and after handling millipedes.

Myriapods do best when housed in environments with a lot of available floor space. They will spend a considerable amount of time during the night looking around their enclosure for something appetizing to eat. The majority of our larger specimens are housed in terrariums that are 20 gallons in capacity. Terrariums with a capacity of 10 gallons can house more manageable specimens. A screen lid that fits snugly and securely should be provided. If you have young children living in your home, it is highly recommended that you purchase a lid that has securing clips. We like the taller enclosures because they give you more room to be creative with things like live plants, driftwood, cork bark, and so on, and the top of the enclosure is more difficult for the myriapod to access when it is exploring.

The myriapods kept by many keepers are housed in large (nine to ten inch) deli tubs. Because of the ease with which they can be stacked, these containers are an excellent choice for housing large collections. They need to be perforated, and daily checks on the myriapods are necessary to ensure that their requirements for humidity are being met. One of the advantages of having a deep substrate in a larger terrarium is that it allows the humidity to be maintained at an acceptable level even if the myriapods living in the enclosure are occasionally neglected. It has been reported that certain species of myriapods are capable of “chewing” out of these plastic containers.

The nutritional needs of centipedes and millipedes are completely dissimilar to one another. Millipedes, on the other hand, are detritivores, meaning that they feed on decaying leaves and other dead plant matter, whereas centipedes are carnivores and eat their prey.

The diet of a centipede can consist of a wide variety of different animals. Crickets and roaches should be given food once a week. Once every month, you should give the larger specimens a pink mouse. Myriapods are known to consume grasshoppers, moths, worms, and even small vertebrate prey; however, it is important to exercise caution when consuming any prey that was captured in its natural environment because such prey may be infected with internal parasites. Remember that invertebrates that are overfed, and especially centipedes that are overfed, appear to pass away much sooner than those invertebrates that are kept “lean and mean.”

One of the best things about having millipedes as pets is how simple it is to provide for their nutritional needs. They are willing to consume pretty much any fruit or vegetable that is presented to them. They also need calcium in their diets in order to shed their skin properly so that they can continue to develop normally.