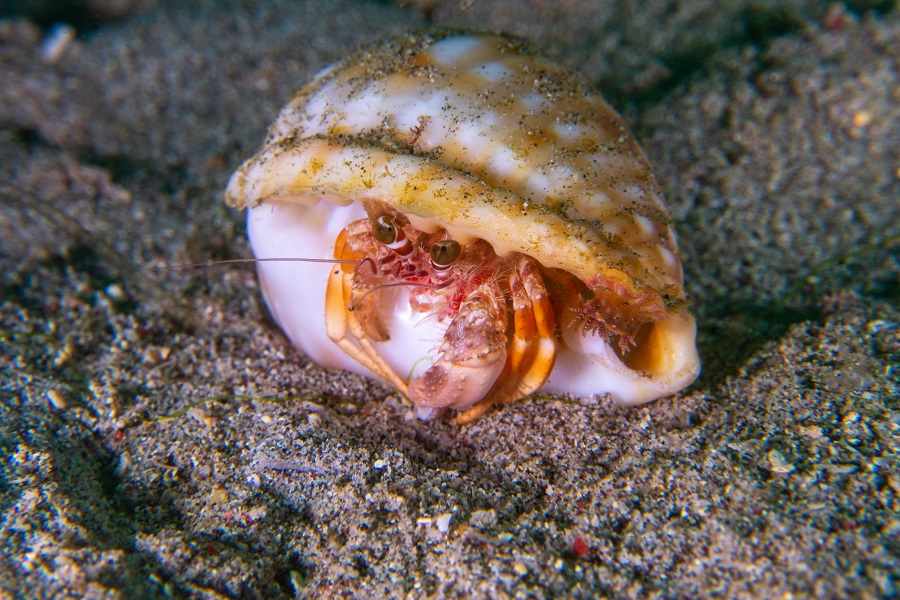 Crustacea are a class of arthropods that can be found living in both aquatic and terrestrial environments all over the world. Although the vast majority of these arthropods are found in marine environments, or saltwater, there are some species that inhabit freshwater. Land dwellers can be discovered on the ground of forests and sand dunes, as well as on the bodies of living hosts. These invertebrates are distinguished by the presence of exoskeletons as well as segmented bodies. They come in a wide variety, and there are a lot of them: There are between 40,000 and nearly 100,000 different species of crustaceans, according to various authoritative estimates.

Carapaces are the crustaceans’ hard exoskeletons, and they serve the purpose of protecting the delicate segmented bodies of crustaceans. The body is divided into the head, thorax, and abdomen, while the legs are either joined in two or three portions, depending on their length. Crustaceans have between six and eight legs, as well as antennae on top of their heads, which help them navigate their habitats and sense where they are in relation to potential threats and food sources. These intriguing arthropods have eyes that are positioned in the middle of their heads, frequently atop structures that are long and tube-like in shape.

Crayfish are the most frequent type of crustacean found in freshwater. They can be found in water bodies ranging in size, including lakes, ponds, rivers, creeks, streams, and ditches. There are species of shrimp and crabs that live in freshwater, although they are often less colorful and more diminutive than their saltwater counterparts. Land-dwelling crustaceans have a slightly different evolutionary history compared to their forebears that lived in watery environments. Land crustaceans have evolved over the course of millions of years to be able to use the water in their surroundings for this purpose. This is because land crustaceans use water to expel waste products and to maintain their body temperature. Their hearts, stomachs, and gills all work together to control the amount of water that circulates through their bodies, whereas water-dwelling crustaceans only rely on their gills and their constant immersion in water. When it comes to the parallels between aquatic and terrestrial crustaceans, the bodies of many varieties of lice, pill bugs, and even certain small land crabs are segmented and have exoskeletons, exactly like their relatives that live in the water. Lice in their natural state, such as the woodlice, are parasites that live off of the blood of their victims, which can be animals or even humans.

When people think about crustaceans, many of them immediately think of the ocean. This is presumably due to the fact that the majority of crustaceans live in aquatic environments. There are roughly 5,000 different species of crabs, which makes them one of the most diverse families of crustaceans. There are several subspecies of crabs, but the most common ones include hermit, fiddler, blue king, and sand crabs. Crustaceans known as sedentary barnacles inhabit bodies of saltwater and attach themselves to objects such as rocks, boats, and even other animals. Lobsters are big predators that can be found in saltwater environments ranging from the tropics to the north. The ocean floor is scavenged by a variety of small crustaceans found in saltwater, such as krill, prawns, and sandhoppers.

The size and diversity of crustaceans both have a significant impact on their diet, which can be rather variable. The diets of small, terrestrial species typically consist of decomposing organic matter as their primary source of nutrition, which allows them to live. The blood and dead skin cells of their host animals are the primary sources of nutrition for parasitic crustaceans. The meals of bigger water crustaceans typically consist of snails, plants, and the larvae and eggs of other marine life, whereas the diets of smaller aquatic crustaceans typically consist of microscopic creatures, algae, and plankton. A predatory tendency that entails pursuing their prey is necessary for large lobsters and crabs to obtain their food, which consists of fish and other crustaceans.

The vast majority of crustaceans reproduce sexually, with each generation consisting of a male and a female. Although most female crustaceans lay eggs that develop into free-swimming larvae, other crustaceans, like shrimp, develop from eggs into miniature copies of their adult selves. However, the majority of young people go through numerous stages of metamorphosis before reaching adulthood. Because barnacles are hermaphrodites and reproduce asexually, this indicates that a single barnacle is capable of producing both egg and sperm.

Even though crustaceans are somewhat protected by their hard exoskeletons, many different kinds of predators are able to successfully hunt these arthropods and consume them. Crustaceans frequently meet their end as a species when they are consumed as food by other animals, which can range from marine mammals and birds to fish and even other crustaceans. On the other hand, considering that many species of shrimp and lobster are considered culinary treats in cultures all over the world, humans may be some crustaceans’ biggest adversaries.

The average lifespan of a particular species of crustacean can be very different from that of another species. Because there are so many predators that feed on smaller species, such as krill, prawn, and shrimp, very few of them survive through the larval stage. If they do make it to adulthood, these small aquatic residents might have a lifespan of one to two years, which is comparable to that of their counterparts that live on land. Larger crustaceans like crabs and lobsters can live anywhere from two to five years, but hermit crabs and other species that are kept in captivity can live for ten years or even longer. It has been documented that giant lobsters can survive for up to half a century when kept in captivity.

Crustaceans are a typical sight in the fish tanks used by enthusiasts who keep aquariums. Crabs and shrimp that live in freshwater are common choices for aquatic pets because of their ability to help maintain aquariums clean. Fiddler crabs are semi aquatic pets that thrive in an environment that is similar to a terrarium that includes sand, plants, and water. Hobbyists who have saltwater reef aquariums often keep saltwater lobsters and crabs in their tanks, including blue and porcelain crabs, arrow crabs, and porcelain crabs. The hermit crab is one of the most common pets kept from the crustacean family. It does well in an environment that has both water and sand. Hermit crabs can be distinguished by the wide array of vibrant shells in which they live. They are a sturdy tiny creature that, if given the right care and attention, has been known to live for several decades.