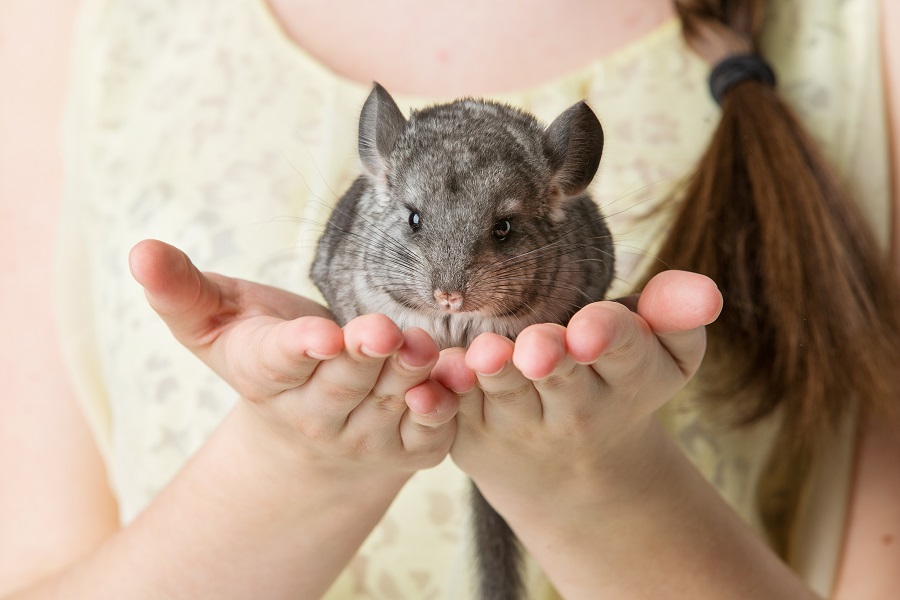 The chinchilla, which is less than the size of a house cat and has large, dark eyes, velvety rounded ears, and plush, grayish fur, is perhaps one of the most charming rodents you’ll ever come across! They are extremely sociable and live in family groups, which can grow into large colonies that are referred to as herds and contain more than one hundred individuals. In contrast to most other rodents, male chinchillas will assist in the care of their young if it becomes necessary. And in the event that a mother is unable to care for her young, there is always the possibility that another mother will step in to help. That’s what I call being a good neighbor!

There are two species of chinchillas: the Chilean Chinchilla lanigera, also known as the long-tailed chinchilla, and the short-tailed chinchilla. Both have been subjected to excessive hunting and trapping, and both are currently listed as Endangered by the International Union for the Conservation of Nature (IUCN) due to the fact that their population sizes continue to decrease in spite of the protections that are in place. The species C. lanigera is the one that is most commonly kept as a pet.

Because of their environment in the Andes Mountains of South America, which can be quite harsh, chinchillas have had millions of years to evolve dense, plush, and lush fur in order to protect themselves from the elements. Chinchillas were prized not only for their meat and fur but also for their use as pets in the ancient Incan Empire. Chinchilla fur gained widespread popularity in the 1700s, which coincided with the beginning of serious commercial hunting in northern Chile in 1828. Chinchillas in general were hunted and trapped, but the C. chinchilla was one of the most sought-after species because of the superior quality of its fur and its larger size. Fur traders even used dynamite to blow up the rodents’ burrow systems, which resulted in the deaths of a significant number of the animals.

At the turn of the 20th century, chinchillas were dangerously close to becoming extinct as a species.

What do Chinchillas eat?

Chinchillas are vegetarians and have sensitive stomachs; therefore, in order to keep their health in good condition, they need to consume a particular diet. Food pellets that are designed specifically for chinchillas should be an essential part of the diet of your pet chinchilla. Hay is an important part of their diet and helps wear down their growing teeth, so in addition to eating food pellets that are manufactured commercially, they also consume hay. Chinchillas have a voracious appetite, but it’s important to limit the amount of treats they get, especially those that are high in sugar or fat because these things can cause digestive issues. Seeds, nuts, hibiscus leaves, dandelion leaves, and dried fruit are some of the possible ingredients for treats. In addition to this, chinchillas should have access to a salt block, which will assist them in obtaining the vital minerals that their body may be lacking. In addition to this, it is essential for them to have ready access to a sufficient quantity of pure, fresh water, such as through the use of a water bottle. If the fur on your chinchilla starts to look wavy, the condition is most likely caused by an excessive amount of protein in their diet; however, the fur will gradually return to its normal appearance if they eat a diet that is more healthy and balanced.

The enclosure for your chinchilla should be resistant to being chewed on and relatively spacious, measuring at least 16 inches in height, 20 inches in width, and 16 inches in depth at the very least. They require a significant amount of space to both play and sleep in. Due to the fact that they are active animals, their environment should include a large exercise wheel, tunnels, and places to hide (hide houses). They are very clean animals, and they prefer a clean environment in their cage. At the very least once per week, their bedding should be replaced, and at the same time, their toys, water bottle, food bowl, exercise wheel, and hide areas should be cleaned.

How long does a chinchilla live?

The average lifespan of a chinchilla in the wild is between 8 and 10 years; however, when kept in captivity and provided with the appropriate nutrition and care, the lifespan of a chinchilla can reach as high as 20 years. Chinchillas typically have a longer lifespan in captivity than they do in the wild for a number of different reasons. They are easy prey for larger animals in the wild, such as foxes and wild cats, which contributes to the fact that they do not live as long as they would in captivity. They are unfortunately hunted for their fur, which is one of the primary reasons why they have become an endangered species. Because of this, they do not live very long in the wild, which is one of the reasons why they are not protected.

How do I take care of my chinchilla?

Chinchillas will have a long, fulfilling, and healthy life as long as they are provided with a diet that is nutritionally complete, lots of attention, and a habitat that is kept clean. On the other hand, just like other animals, they run the risk of becoming ill. Your chinchilla may stop eating and start losing a significant amount of weight if it isn’t feeling well, which is one of the first warning signs that something is wrong. Chinchillas that do not eat can quickly starve to death, which is one of the leading causes of death overall. Chinchillas, like other rodents, have teeth that never stop growing. If the teeth get too big, it makes it difficult for the chinchilla to eat, and it also increases the risk of infection, which can result in death. It is of the utmost importance to perform routine dental examinations on them or have your veterinarian do so, and to provide them with an adequate amount of hay to chew on, as this will assist in the process of wearing down their teeth.

Because chinchillas are more comfortable in cooler temperatures, it is essential to prevent them from becoming overheated. To ensure that your chinchilla develops a healthy attachment to you over time, it is essential that you handle them with care and remain consistent. However, in the beginning, it is especially important that you be gentle. When you first get close to your chinchilla, you should approach in a calm manner and move slowly so that it can get used to seeing you. Because biting is a means of communication for chinchillas, just like many other animals, they will do so if they are frightened or otherwise uncomfortable. On the other hand, when they are content, they might bite or nip. It is essential to have a good understanding of the chinchilla’s personality before beginning the process of teaching it not to bite. This will help you understand when they are happy, upset, or expressing a preference to not be held by you. Chinchilla babies are more likely to bite than adult chinchillas, but even when they do bite, they do not intentionally bite with enough force to draw blood from their victims. If your chinchilla bites too much, you can tell it “no” by giving it a light tap on the head and saying the word. They are affectionate pets who will continue to adjust to your lifestyle just as you will do the same for them.